This bright home has a dark history.

So does the town. Jefferson, located about 20 miles west of the Louisiana border, is considered one of the most haunted places in Texas, and for good reason. A northerner named George W. Smith and at least two of the four freed slaves traveling with him were murdered by a local mob following the end of the Civil War. Accounts vary, but local history has it that one of the freed slaves escaped and was pursued to an outbuilding on the Schluter property, where he was later hung. The Colonial-style mansion on the site was built in 1856 by one of the first six settlers in Jefferson, F.A. Schluter. Although privately owned, the home is a featured stop on the Historic Jefferson Ghost Walk. 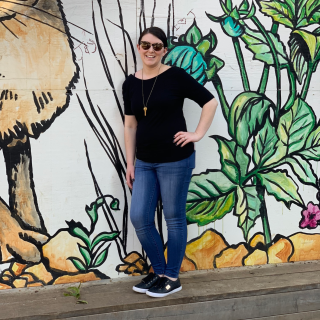